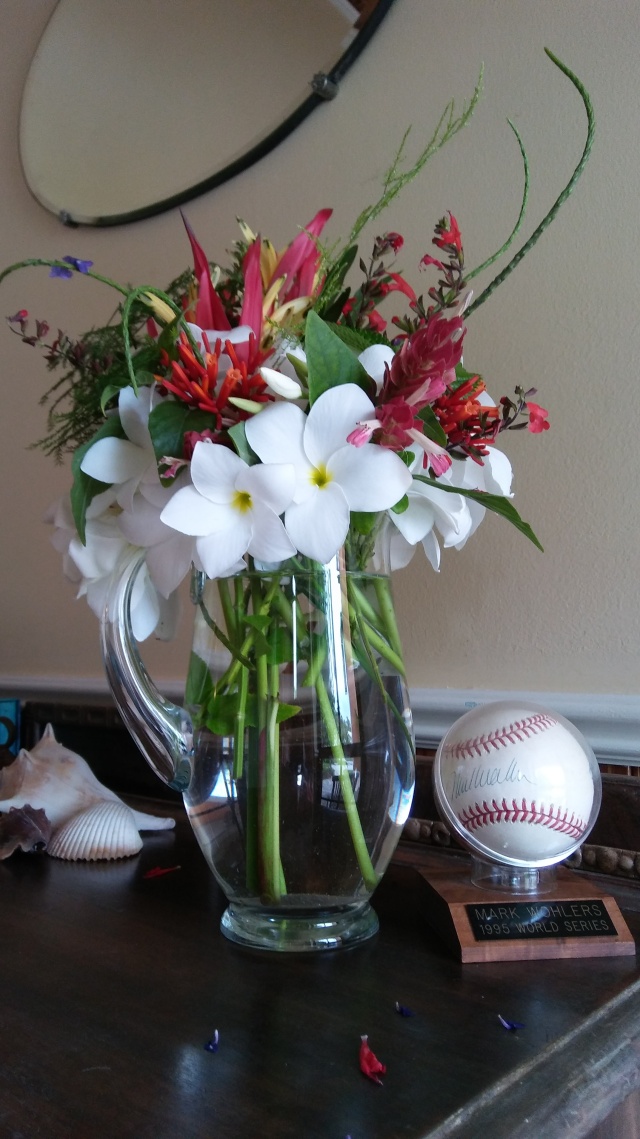 The concept for my Monday vase was to arrange a low bowl of Frangipani with spiky accents. The Bridal Bouquet Frangipani are blooming profusely and I wanted an arrangement for the foyer.  I started with (I found out later) my lowest Blue Willow bowl with a glass frog to hold the white flowers in place. While placing the white Frangipani flowers I decided to pick some spiky red and blue ones to go with the bowl. As I was meandering through the garden one of my greyhounds lost his collar and I had to stop and find it. By the time the collar was found and I got back in the house the red and blue flowers had wilted.

Then, I realized the flowers were too short for the bowl. In search of a lower bowl, I concluded there were none and happened upon the glass pitcher. The Back Up Pitcher. My husband is the baseball fan, Atlanta Braves specifically. The baseball is from the 1995 World Series, signed by Mark Wohlers, a backup pitcher.

Here is another view:

I left the spiky flowers soaking in the abandoned bowl, hoping for rejuvenation. Oddly enough, this worked. At this point a return trip to the garden was needed for some taller flowers.

Is the arrangement a home run?

22 comments on “In A Vase on Monday – Back Up Pitcher”