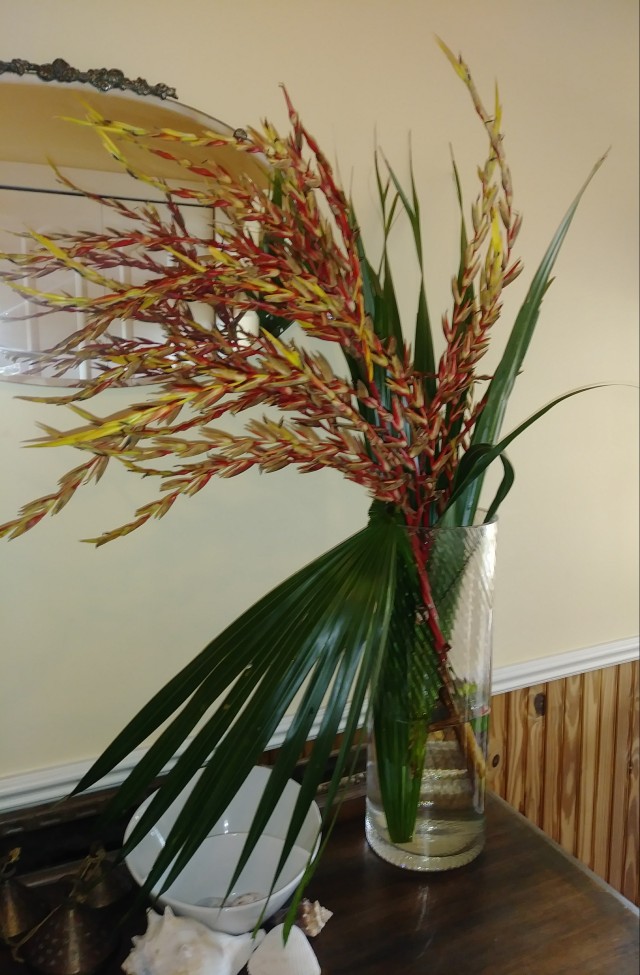 I am bidding farewell to a flower from my Blanchetiana Bromeliad that has served me well. It opened at the end of November, I enjoyed if for a couple of weeks, then used part of it to create a wreath for Christmas. On Saturday, I cut the rest to use as part of a talk I gave about Bromeliads in the Garden. 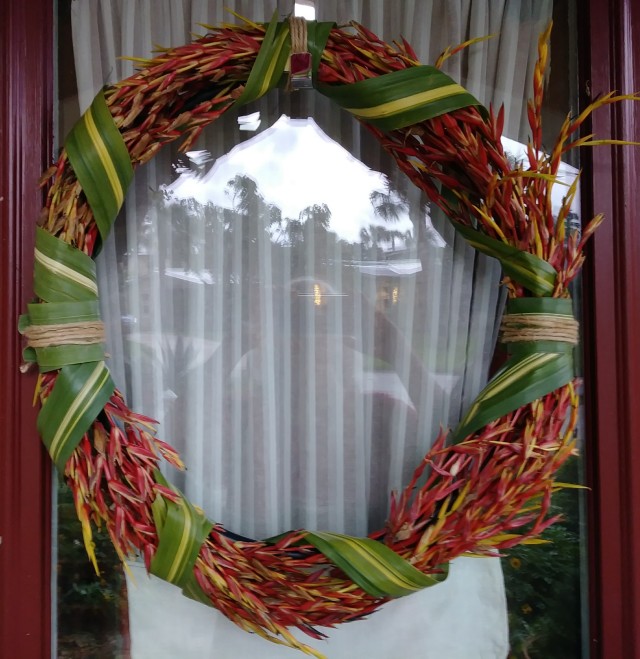 The wreath is still on my door and has dried to a nice brown, I am still mulling whether to get rid of it 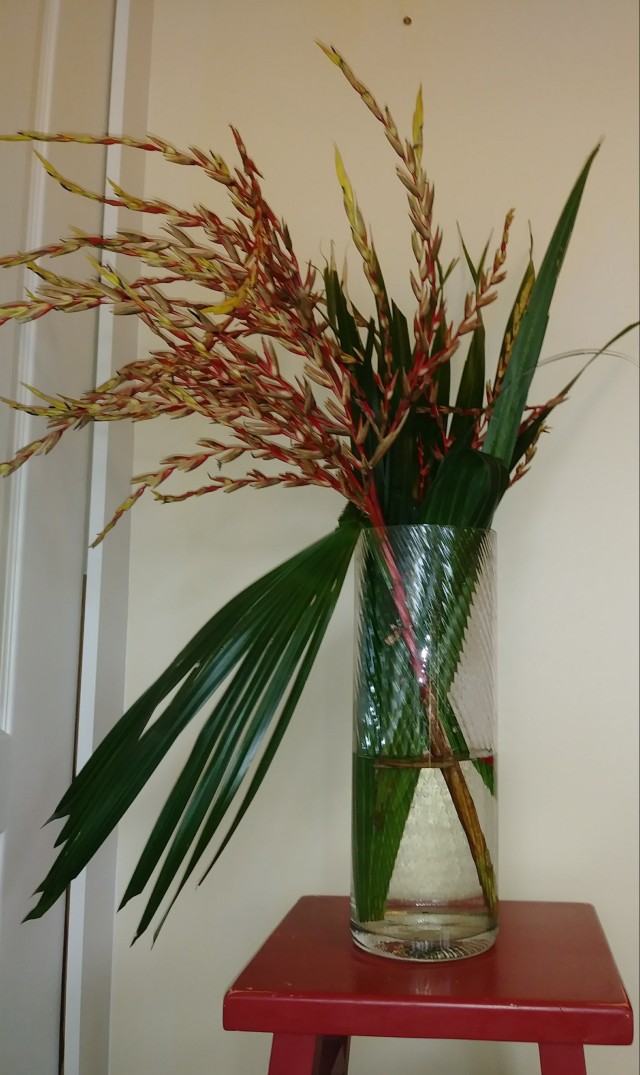 The frond in the arrangement is from a Chinese Fan Palm (Livingstonia chinensis) seedling that popped up between me and my neighbor. It gives a really tropical vibe to the area, so I left it. I figure I will long gone before it reaches full size (60 feet!)  Odd for winter in South Florida, it has been raining since yesterday afternoon. The vase holds about half of the frond, I went out in the pouring rain with Loppers in search of a bold bit of foliage to contrast with the Blanchetiana flower (at least 3 feet tall). Upon lopping the frond, I spied a wasp nest in the other half. For whatever reason, the wasps were not bothered by me and I left the other half of the frond where I found it, ensuring no homeless wasps and hoping for beneficial wasps. I cut the frond in half again – one quarter is hanging over the edge and the rest is in the vase upright. 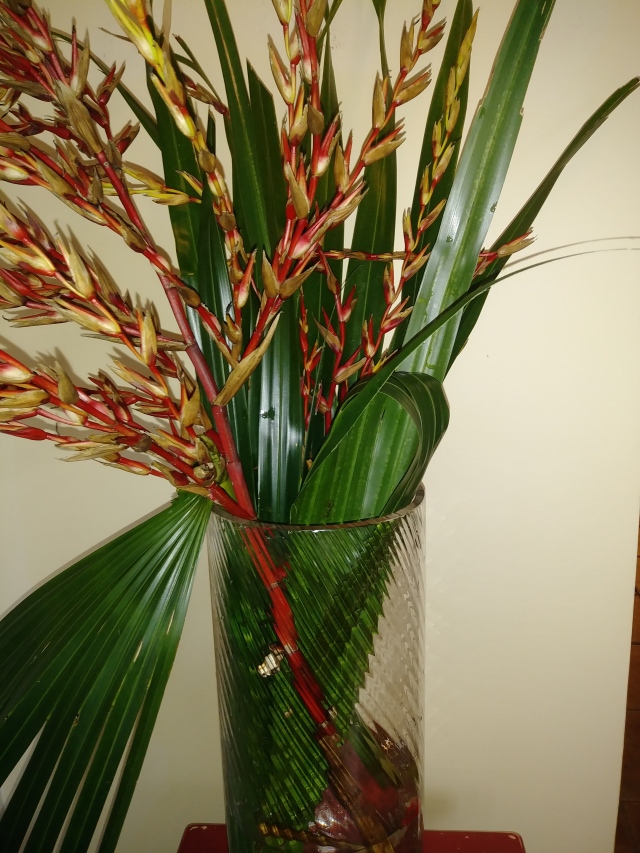 21 comments on “In A Vase on Monday – Frond Farewell”