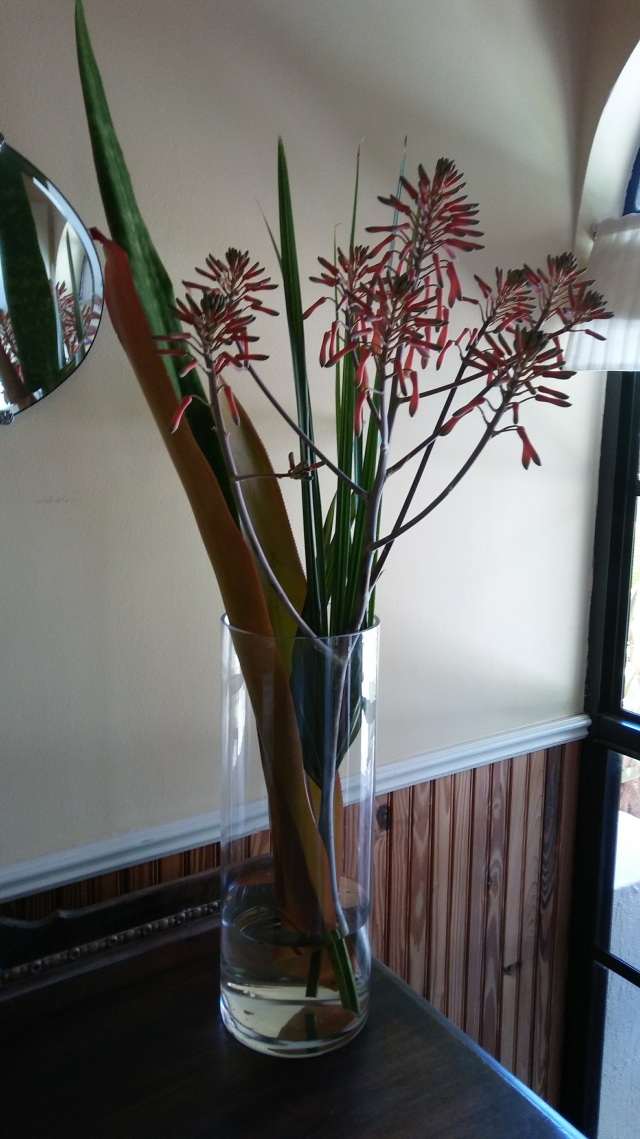 The occasional Architectural floral arrangement appears in my house. I would consider this one is in that style. Generally speaking, I am ambivalent about Architectural furnishings and such. After working for an Architectural firm for a few years, I determined I really did not want to see or deal with another Architect for a really long time. Then, I married one. Twenty five years ago. Ironic.

This morning, finding the Soap Aloe in bloom, I decided to feature it’s large candelabra shaped flower stalk in a tall crystal vase. This idea sent me looking for a wedding gift, said tall crystal vase, from a dear friend, yes an Architect. Not remembering where I put it, I decided it must have been broken when we moved as I haven’t seen it in ages. Went on about my arranging using another vase, finished it, decided to look in the (gasp) crystal and china cabinet and there is was, safe and sound, stowed in the back. Ironic.

This is a relatively simple plant palette. In orange and candelabra, the Soap Aloe (Aloe saponaria). A frond from our native Cabbage Palm (Palmetto sabal), the long green leaf is from a Sansiveria( Mother In Law tongues or Snake Plants), the long orange leaves are from Blanchetiana Bromeliads (Aechmea blanchetiana). It seems weird to me, I can think – I need a 4 foot long bit of orange foliage for this arrangement and then find it in the garden. Not particularly ironic, just an observation.

Here is the progress on the Night Blooming Cereus, bud has doubled in size. 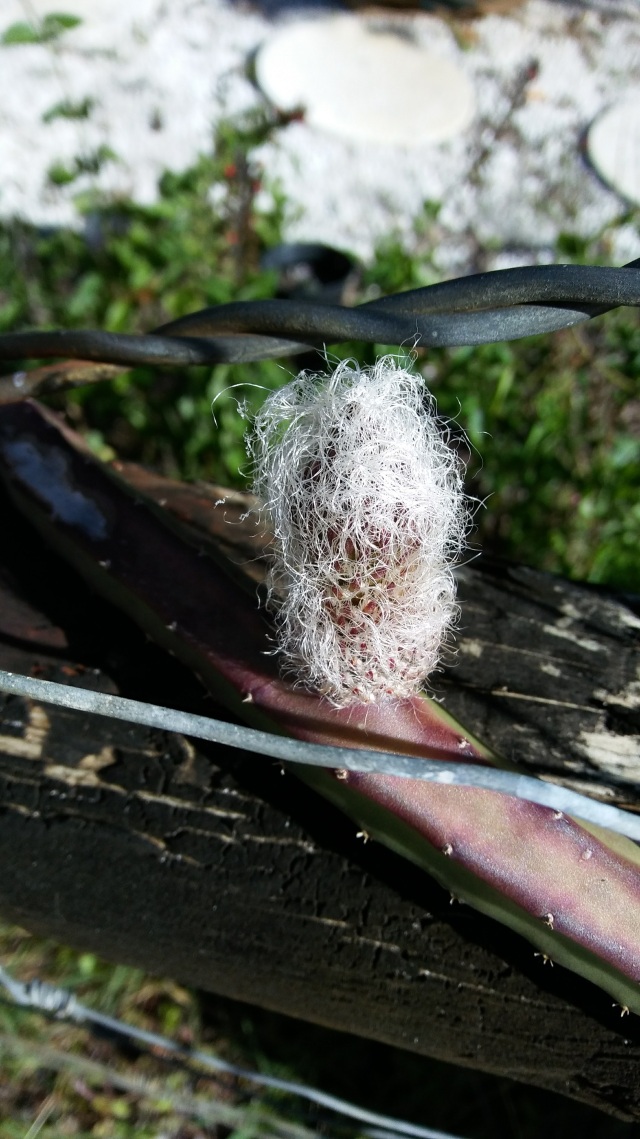 23 comments on “In A Vase on Monday-Ironic Architecture”