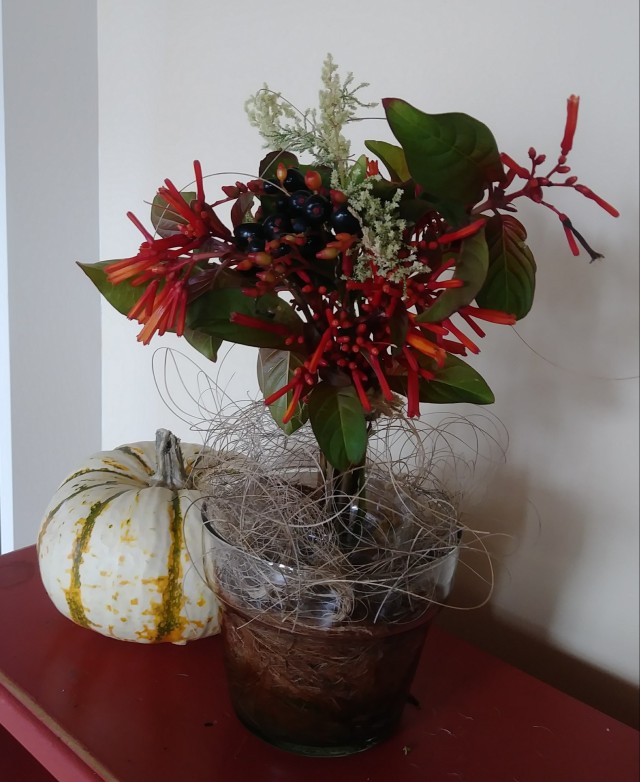 It is Thanksgiving week in the US and I decided to try arranging a little topiary for the table in fall colors. I think of topiaries as clipped formally shaped affairs, this one is not. It is a casual, all native plants arrangement, more tree form than topiary.

Three plants are used in this arrangement: the flowers and berries are from Firebush (Hamelia patens var patens) The off white flowers are from the Juba Bush (Iresine diffusa), and the stuffings (Like a Turkey!) for the vase are from Sabal Palms (Palmetto sabal) Here is a closer look:

I don’t really know what the bits from the Sabal Palm are called, the white curly stuff on top comes from the edges of the palm fronds and the brown peat moss like material (birds use it for nests) I used to fill the vase comes from the boots (where the fronds leave the trunk of the tree and cross over)

Here is the palm: 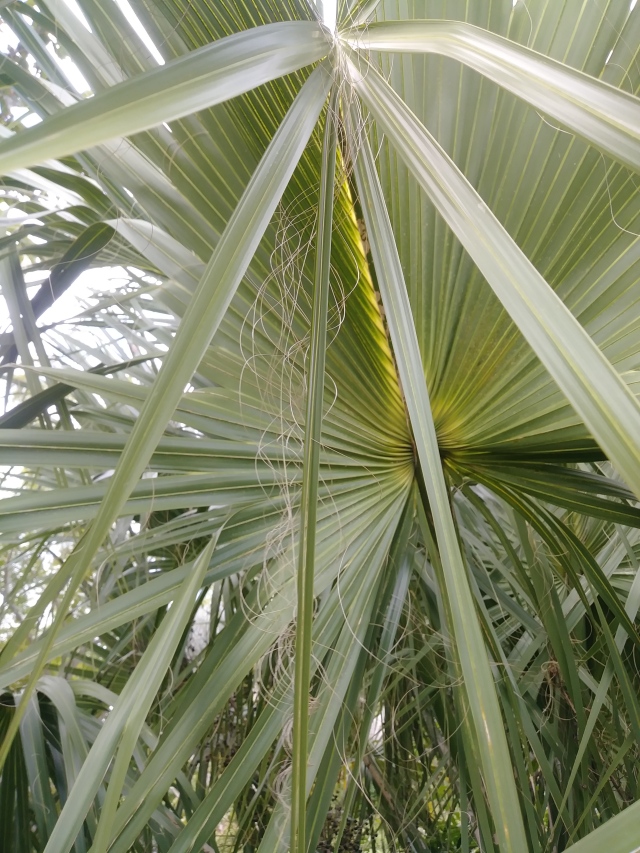 The pumpkin is probably an ornamental gourd that I bought at Aldi during the Halloween season. It is holding up much better than the orange pumpkins and may last until Thanksgiving. I am not too sure about using the semi topiary on the table, there were some really odd white spiders running away from me as I was taking pictures.

And Halloween is over!

24 comments on “In A Vase on Monday – Semi Topiary”