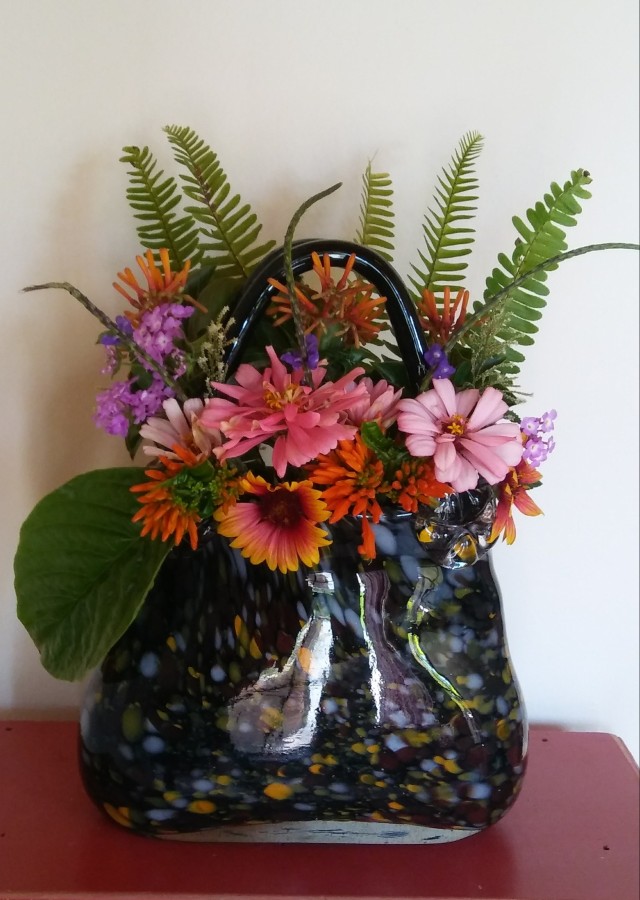 After breakfast on Saturday morning I discovered I was completely out of cereal. This meant a trip to the detestable grocery store. During winter, the population of South Florida doubles and the grocery stores are filled with sunburned people in inappropriate attire blocking access to all the food while gaping at the selection. This becomes tiresome after a few months. It is hard to decide which is worse, the attire, the people,  or the gaping.

That said, feeling better now. I decided to go to the grocery next to the Thrift/Charity shop and have a look around before facing the cereal dilemma. I came across this blown glass handbag/purse/pocketbook and bought it immediately. Being quite cheered up by my new vase, I survived the grocery endeavor with style and, having purchased cereal, could once again eat breakfast. 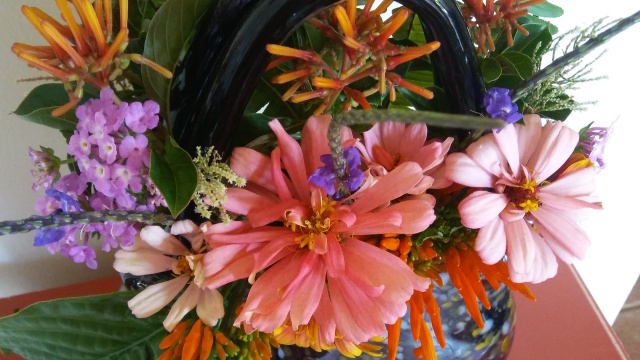 I am please to report the Cactus Zinnias attained some height after being cut back and fertilized. Other components of the vase include: in orange and the top are Firebush (Hamelia patens); in orange and the bottom of the arrangement, Mexican Honeysuckle (Justicia spicigera); lighter purple flowers are Purple Verbena (Verbena spp.); darker blue are our Native Porterweed. The ferns are Asian Sword Ferns. There are a few native Gallardia (Gallardia pulchella) at the base.

Updating my continuing saga of the Potager, I have added two Southern Highbush Blueberries, the variety ‘Sunshine Blue’ is purported to produce fruit with 145 hours of temperatures below 45 degrees Fahrenheit. I think that will work. Strangely enough, these shrubs have set fruit since they have been in the garden. I may have four blueberries this summer! My Thai Dessert Mangoes are setting fruit as well, here they are: 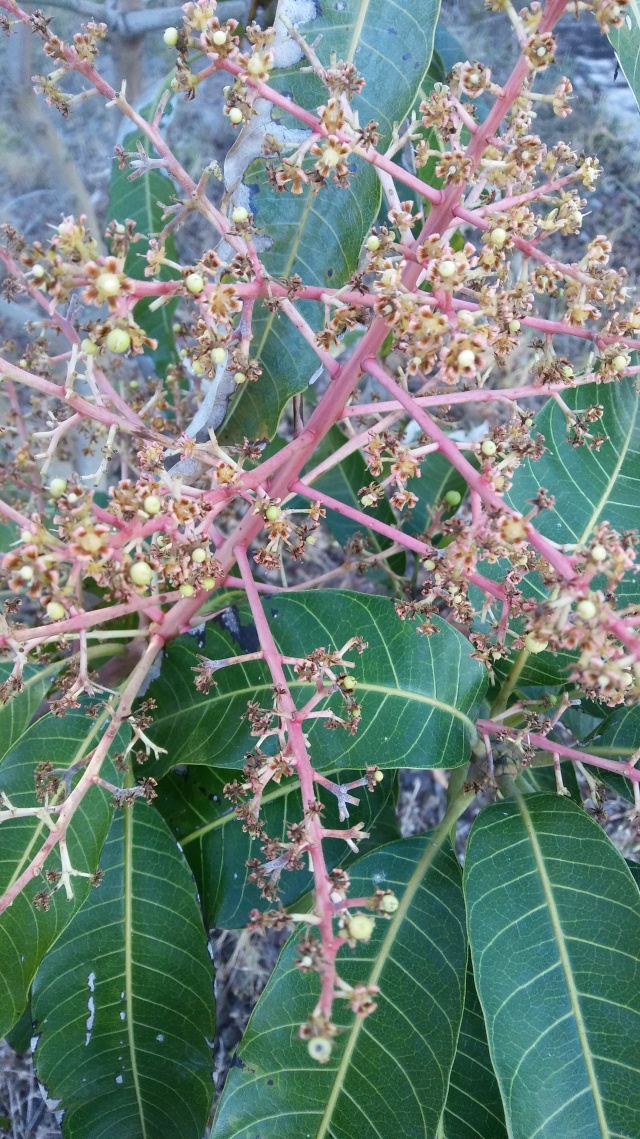 Eventually the berries will drop off to two or three Mangoes and the flower will turn upside down from the weight of the fruit. Hoping for a Mango with Four Blueberry Pie this summer.

32 comments on “In A Purse on Monday”